Oh my word, you guys… For someone who very much likes, and functions well in, routine and order, these past three weeks have resembled this: 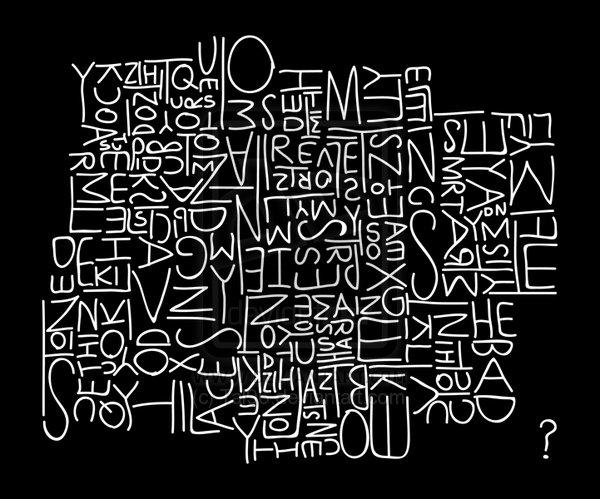 We have been down at the SCCA [Seattle Cancer Care Alliance for those of you just joining our broadcast] nearly every weekday for the past three weeks as Corey has been undergoing all the workups to prepare for his stem cell/bone marrow transplant. I’ll give ya’ll a super-condensed refresher in case you’re just joining us.

Corey has Multiple Myeloma. It’s a blood-born cancer, like Leukemia. MM is a cancer of the plasma cells (blood) in the bone marrow. There’s no tumor to go in and cut out; it’s in the blood in the bone marrow all throughout his body. At the beginning of this process, when he was first diagnosed, Corey had a bone marrow biopsy that showed the cancer was present in roughly 70-80% of his bone marrow. He went through about 5 months of chemotherapy to kill the cancer (duh) to prepare for a bone marrow transplant. Only instead of harvesting the bone marrow from someone else, they’re using his own, making it a stem-cell transplant. The benefit of that is that there’s no chance of rejection and his recovery is easier.

Even though they’re using his own stem cells/bone marrow, the transplant process is still very involved and there are still risks and a significant recovery period. Thus all the workups. And he has been t-h-o-r-o-u-g-h-l-y examined in preparation for this.

You’ll recall the blood glucose level of 38 upon our arrival/official intake day on August 31. After getting his Ironman reactor installed a couple weeks ago, we kicked this past week off with an appt at 8:00 Monday morning at the UW Med Center with the Endocrinologist team. They removed the machine and tried to upload the readings – and it didn’t work. It came back blank. 10 days in his arm, and nothing. Oops. Lauren, the PA, was super sweet and decided to reinsert one, in each arm this time, and have us come back in another week to have it/them read. She had to call our team at the SCCA to work around Corey’s MRI that was scheduled for this week, so this was all going to require another couple visits to their office. She was ushering us out when the MD said he wanted to see us anyway. Dr. Desantis came in and basically gave Corey the all-clear. He had spoken with the lab, with the technicians, with our team at the SCCA and he’d determined that the reading of 38 was just not correct. After analyzing everything that happened that first day, he determined the way they drew his blood initially was flawed. He reiterated that there was no way Corey could have lived through an episode like that, that all the numbers we’d collected (by sticking his finger with that little One Touch machine) in the subsequent days had been normal, and that Corey was completely asymptomatic, making it nearly impossible for that to have been an accurate reading that first day.

Mistake? Fluke? Miracle? You decide (you know where I stand). But we’re off the hook for all this extra glucose stuff, and anything you can remove from our plate during this process gets a hallelujah! from me.

I won’t go into all the tests, classes, procedures that have followed that appointment Monday morning, I’ll just say that every. single. day. when we’ve left Seattle, our schedule has changed from the time we arrived. They tested him again and he’d cleared the flu virus, but the Rhino was still comfortably camped out in his nose, which meant we couldn’t go into any of the classes we were supposed to because he couldn’t be around other patients. And pushing those back pushed other stuff back, and so on and so forth.

Reminder to self: your tattered cape is meant to be single-use.
[Read some of my earlier blog posts to understand that sentiment…]

After a slew of other appointments and procedures all week, we ended the week with meetings with Dr. Shadman, our head oncologist for the workups this past month, Vanessa, our head nurse, and Zena, our PA. Both of these meetings delivered some not-so-great news. The results of Corey’s latest bone marrow biopsy, as well as some of the lab work, showed that the cancer had spiked a bit since his last full round of chemo. The one protein that isn’t supposed to be present in his blood at all, and was undetectable at the end of Round 5, was now slightly detectable and the bone marrow biopsy showed that the cancer was still present in 10-15% of his bone marrow. They need it to be below 5% for the transplant. They also discovered through tests of his chromosomes that the cancer is a more aggressive strain than they previously thought.

Bottom line is that Corey is being admitted Monday morning to the UW Med Center for a week of intravenous chemotherapy. He’ll be receiving a combination of 7 different chemotherapies, which is significantly more than the regimen he was receiving before. When he’s discharged (likely Friday), we’ll move directly into medical housing in Seattle. With this new step, he’ll be back home, at the very earliest, the week of Thanksgiving.

They mentioned this possibility (of having to have an extra round of chemo if the cancer wasn’t low enough) on the very first day (when we met with Dr. Till, the scientist-oncologist guy), but we’ve never talked about it since because they really didn’t expect these results. And I’ll be honest, they were hard to hear. We got the news about the 10-15% late Wednesday afternoon, and Thursday was a hard day for me. Fortunately I had a lot of down/waiting time on Thursday so I didn’t have to talk much. Just process.

We’re walking through the book of Philippians at church right now. It’s a short book, just 4 chapters, so I started Thursday by reading through the whole thing. I’ve read through it before, of course, but one of the things I love most about the Word of God is that it is truly alive and active. Every time you read it, you read something new, it catches you in a fresh way. And that was most definitely the case Thursday morning.

They call Philippians the Epistle of Joy. It starts out, “Grace and peace to you…” I mean, hold. the. phone. right there. Is there anything I need more right now? Jump forward a couple lines and you’ll read that “he who began a good work in you will carry it out to completion.” Emphasis on HE, and then WILL, and then COMPLETION. I was reminded that faith is the substance of things hoped for, the evidence of things not seen.

I have no earthly idea where any of this is going, or how any of this will turn out. But the bottom line is, now and always, either we trust Him or we don’t. That’s a saying my dad has said over and over, has driven home to us, and has lived out for the past many years. I recited to myself over and over and over on Thursday, “I have kept the Lord always before me, because He is at my right hand, I will not be shaken.” That’s Psalm 16, my favorite Psalm and the one the title of this blog is taken from: UNSHAKEN. How do we remain UNSHAKEN? We keep the Lord – always – before us, at our right hand.

Wandering down a road of doubt, uncertainty, statistics (don’t even get me started on the statistics) ends in a very ugly place. And that is a place I simply cannot, will not, allow myself to go. 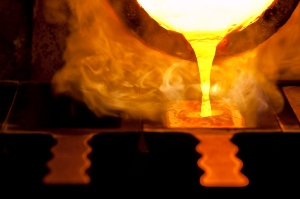 Gold cannot be refined without fire. And I’m talking the hottest, most intense, burn-the-impurities-out kind of fire. And it is my deepest goal that at the end of all of this, however ugly or beautiful the story goes, that I will come out as gold. Probably not a shiny, polished gold bar; more likely a chunky, misshapen gold nugget, but gold nonetheless.

Between Thursday morning and Friday afternoon I received no less than six text messages and phone calls from dear friends and family saying I was on their heart, they’d been praying for me and they were just wanting to check in on me. And with each one, I gave a little side smile and said, “OK, Lord, I get it. I’m not alone on this journey, You’ve got me covered, us covered; I’m cared for and We. Will. Be. OK.”

(Can someone sketch me up a picture of a chunky little gold nugget with a tattered cape??)