August 31 was our “Intake Day” at the Seattle Cancer Care Alliance, officially beginning the process for Corey’s stem cell bone marrow transplant. During the pre-transplant/workup phase they schedule several appointments throughout the course of a day so you’re accomplishing a lot while you’re there. Day 1 was [meant to be] mostly about meeting the team, reviewing the workup schedule for the next couple weeks, getting labs done so they had a baseline of all his numbers, etc. We’re assigned to the Gold Team. We’ll have the same main team throughout the whole process, with the exception of the Physician Assistant and the Team Oncologist. They both rotate out monthly, so we caught both of them on their last day on our team before they rotated out. They’ll both rotate back in October 1, so they’re kind of book-ending this whole process for us.

Day 1 started out pretty routine, but then got, well, interesting.

First stop was the lab. After getting blood drawn, we had some time to kill before our first appointment of the day so we grabbed lunch in their cafe then headed up to the 6th floor waiting room. It’s a beautiful facility with beautiful views and we both had work to do so we pulled out our laptops and found a spot in the waiting room to get comfy and get some work done. We’d been in the waiting room just a couple of minutes when two nurses came out to check on us.

They introduced themselves and asked how Corey was feeling. He said, “great!” and we started to get up to head back with them. They weren’t quite ready for him they said, they just wanted to check and see how he was feeling. Again, he said he was feeling good – but they persisted.

Nurses: “Are you feeling lightheaded at all?”
Corey: “No, I’m feeling fine.”
Nurses: “No tingling, numbness or nausea?”
Corey: “Nope.”
Nurses: “You don’t feel like you’re about to pass out or anything?”
Corey (insert nervous laughter): “No, really, I feel fine. What’s going on?”
Nurses: “Well, your blood glucose came back at 38, so…”

38?!?!?! Corey, who’s not super familiar with blood glucose counts replies, “Is that low?”

80-120 is a normal blood glucose range, so 38 is c-r-a-z-y low. They decided, since he was obviously conscious and coherent, something must’ve gone wrong when they were processing the labs so they sent him back down to have it drawn again. They asked him if he wanted a wheelchair but he assured them he was fine.

Having eaten lunch between the first and the second draws, we were all sure his numbers would come back fine so we got the intake process started. Mischa, the Physician Assistant, was great. She proceeded with the intake process but kept checking the computer for the lab results. When they did come back, she seemed kind of puzzled and informed us that, even after having eaten lunch, his glucose was still only up to 43.  Not only that, but his triglycerides were more than 10 times what they should be.

Umm, what??  Now even I began to wonder what in the world was going on. Mischa called in our head nurse, Vanessa, one of the two who came out to check on us in the waiting room. She brought in two cans of orange juice for Corey to drink and they ordered the tests to be run again, in a different lab this time. They also brought another nurse in to start an IV line… just in case.

Then the room started really hopping.

The oncologist came in and said, “Wow! I had to come meet you for myself!” He explained they don’t usually come meet the patients the first day because it’s all usually just tests, information gathering, etc., but he heard about this asymptomatic guy with a blood glucose of 38 on the 6th floor and he had to come meet him for himself!

They all began to ask lots of questions, trying to figure out if this kind of thing had happened before or if he’d had symptoms of low blood sugar that we’d maybe just attributed to something else. They asked questions of us, and then of each other, throwing medical terminology and medication side effects back and forth between them. It was like watching a ping pong match in Chinese – your head is wagging back-and-forth, back-and-forth, and you can’t understand a word they’re saying!

Bouncing all kinds of ideas around, they tried diligently to pinpoint why, and how, this was happening, and why, and how, Corey had no symptoms at all. But no matter what road they went down, nothing was coming up a winner. They all remarked, repeatedly, that it was a wonder Corey was even conscious with numbers like this. Vanessa looked at us and said, “No really, that’s why two of us came out to the waiting room. We were looking for an unconscious man.”

Anyone remember Weekend at Bernie’s?? 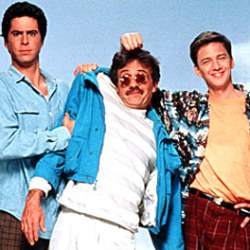 When his third set of numbers came back and his glucose was still only up to 60, Mischa informed us, for about the 70th time, that “intake day doesn’t usually go like this…” and scheduled Corey an appointment with the UW endocrinologist team, who she’d been consulting with all morning.

The oncologist came back in and, looking seriously perplexed, asked “How are you not in a coma??”

I’m sorry, is that a rhetorical question??

They gave him a huge syringe full of what they said amounted to him eating a whole tub of red vines (Me: “Can’t you just bring in the red vines?”), did some more of the traditional Day 1 workups, then ran his numbers again. After all they’d given him, his blood sugar was still only up to 95.

After having us wait a bit so they could check his numbers again, the team decided that Corey’s glucose was comfortably back in the normal range so they wouldn’t admit him (thank goodness!). We were sent home with the IV still in his arm, just in case I needed to rush him to the ER in the middle of the night, and one of those finger-stickers so we could test his blood sugar several times throughout the night.

I didn’t sleep much that night. I checked his numbers about every 4 hours and jumped at every slightest sound. Perhaps a story for another day, but this is how my brother died. He was a Type 1 diabetic whose blood sugar dropped one night when he was alone and he slipped into a diabetic coma. Needless to say, this was something I was taking very seriously.

Long story less long (a phrase I’ve co-opted from my friend Tracy), we tested Corey’s blood glucose that night and over the next several days and it was completely normal. Completely normal, every. single. time.

Corey met with the endocrinologist team last Friday and they determined, after monitoring his numbers for a full week, that there was no possible way the tests could have been right. “You could not have lived through numbers like that. At the very least you would have ended up in a coma.”

They put some fancy gadget in Corey’s arm that will monitor his blood sugar 24/7 for the next week or so. It kind of looks like the Ironman reactor… 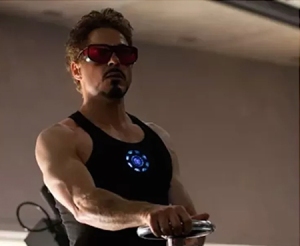 Anyway, they’ll review the numbers when they remove it to make sure, but as of now, their working theory is that at least three different machines in two different labs on two different floors must have been wrong.

Of course, I have a different take. I don’t know whether these extra tests will reveal some kind of underlying issue we never would have known about otherwise, or if the transplant now being pushed back by 2, 3, 4 days because of these extra tests means we’ll miss something, somewhere that we were not supposed to be a part of, or whether a door will now be opened that wouldn’t have otherwise been opened… Who knows? I do believe that our steps are ordered of the Lord and that things happen for a reason. Oh, and Corey ended up with the Rhinovirus last week so they had to delay the rest of the tests for that too.

A shrug of the shoulder and rollin’ with it = our new normal.

So here’s to not being in a coma and getting a couple days off because a rhino is camped out in your nose. I’ll check back in a couple days to let you know how that’s going…