Well as of Saturday I am officially the parent of a teenager. These past 13 years have flown by at light speed and I can’t believe I have only 6 summers left until my first-born heads off to college. Like with so many of us, I suppose, this journey has been filled with highs and lows, but this past weekend was definitely a high as we celebrated a Christian Rite of Passage ceremony for Jayden, who is now a young man.

In cultures all over the world, Rite of Passage ceremonies are held around the age of 13 for both young men and young women. From the Maasai tribes in eastern Africa to Native Americans, people in various cultures all over the world believe in marking this important moment in time. The idea behind the Christian Rite of Passage we celebrated for Jayden is very similar to the Jewish Bar Mitzvah. 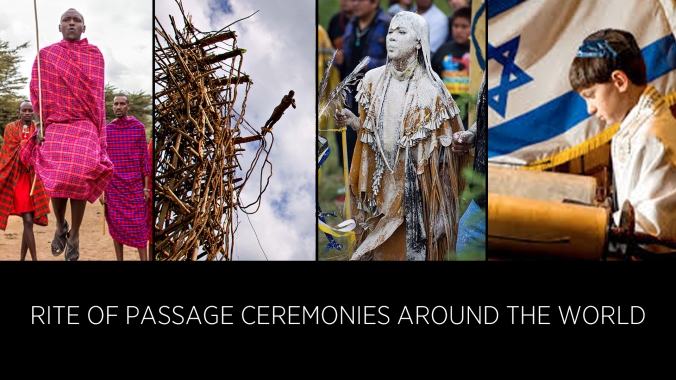 For the past year, Jayden has been mentored by some very special men we are blessed to have in our lives. Jayden and I prayed about and selected this group of men in the months leading up to his 12th birthday, one year ago. We approached them and asked them to commit to one year where they would meet with Jayden and pour into his life concerning various areas like Christian leadership, raising a godly family, purity and overcoming peer pressure. Over the course of the past year, he has spent time with these men whose lives bear the fruit of a life lived in service to the Lord. They have participated in fun activities like snow-boarding, snow-shoeing, backpacking and fishing. They’ve attended military service events and special exhibits at museums, but, most importantly, they have spent time in scripture, they’ve prayed together and these men have challenged Jayden to look at his walk with Christ in a new and deeper way. Life-long relationships have been established and a framework has been put in place where Jayden now has a group of men he can call on anytime in the coming years for advice, wisdom and counsel.

The service we held on Saturday was not the ending of a one-year mentorship commitment, but the beginning of a lifelong faith journey where Jayden is surrounded by people who are intentional, deliberate, active participants in his life. It was a point in time delineating his transition from childhood to manhood, and from following his parents’ faith to taking responsibility for his own faith. I Corinthians 13:11 states, “When I was a child, I talked like a child, thought like a child and reasoned like a child. But when I became a man, I put away childish things.” Saturday’s ceremony highlighted the moment when Jayden officially began his journey to adulthood.

I’ve often said that I don’t want my kids to reach adulthood and accidentally love Jesus. If there is one word I have tried to live my parenting journey by, it’s intentionality. The two most important laws given to mankind by God were to love God and love people. Deuteronomy 6:5-9 tells us to, “Love the Lord your God with all your heart, with all your soul and with all your strength. These commandments I give you today are to be upon your hearts. Impress them on your children. Talk about them when you sit at home and when you walk along the road, when you lie down and when you get up. Tie them as symbols on your hands and bind them on your foreheads. Write them on the doorframes of your houses and on your gates.” This is something I have tried to do since my kids were very little. I don’t want our relationships with Christ to be relegated to Sundays and Wednesdays; I want them to be at the very heart of who we are as people and as a family.

During the ceremony on Saturday night, we spent time in worship and took communion together. Each of his mentors shared a scripture with him and gave him a spiritual charge as he heads out on this journey to being the man God has called him to be. Jayden shared a scripture with us and we corporately committed to walking alongside him, praying for him and helping to shape him in the coming years. I spoke a family blessing over him and we had a time of corporate prayer, surrounding and praying over Jayden, asking the Lord to fill him with wisdom and strength for this journey. Since he was a boy, I have prayed Jeremiah 24:7 over him: “I will give them a heart to know me, that I am the Lord. They will be my people and I will be their God…” It is my deepest prayer that Jayden has a heart that longs to truly know God.

As we celebrate Thanksgiving this week, my heart is bursting with thankfulness. Before the foundation of the earth was laid, God Almighty planned for Corey and I to be Jayden and Abbie’s parents. Psalm 139 says – about all of us – that He “created your inmost being. He knit you together in your mother’s womb. You are fearfully and wonderfully made. All the days ordained for you were written by God even before you were born.” So as we reflect on all we have to be thankful for this week, my prayer is that God Himself shines on you in a powerful way, filling your heart and your home with His peace and unmatched love. 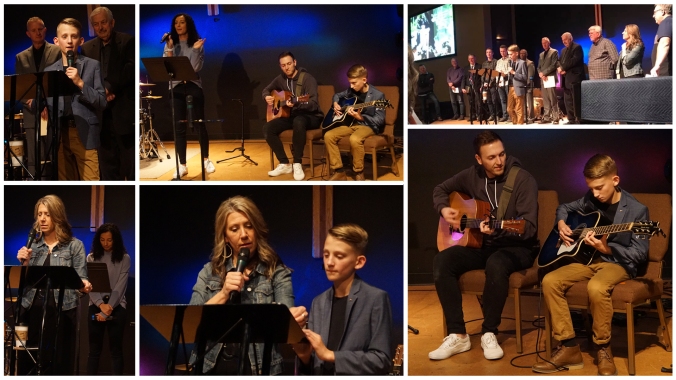 3 thoughts on “Jayden’s Rite of Passage”